Types of Fish Food: What are the Differences?

Many fish are picky eaters. Some won’t eat certain types of fish food at all, while others are fine with almost anything you give them. It’s important to know the difference and give the fish what they want, mainly because you don’t want other fish in the tank to become fish food. And that can happen if you’re not careful.

Keep in mind that the type of fish food that will be best for your livestock will depend a variety of factors, including:

There are a few basic categories of fish food: flake food, live food, freeze-dried, frozen, spirulina/seaweed, and some types of greens and other produce.

Flake foods are the easiest for humans to work with, are relatively inexpensive, and provide fish with some of the nutrients they need. Many fish don’t prefer flake food, but it’s a viable option. If you have large, hardy fish, you may want to think of flake food as doggy snacks.

When choosing flake food, read the ingredients, as much of them contain fillers that don’t provide fish with as much nutrition as they would obtain from more substantial foods.

Remember that flake foods expire, which means they won’t have much nutritional value at all after a while. 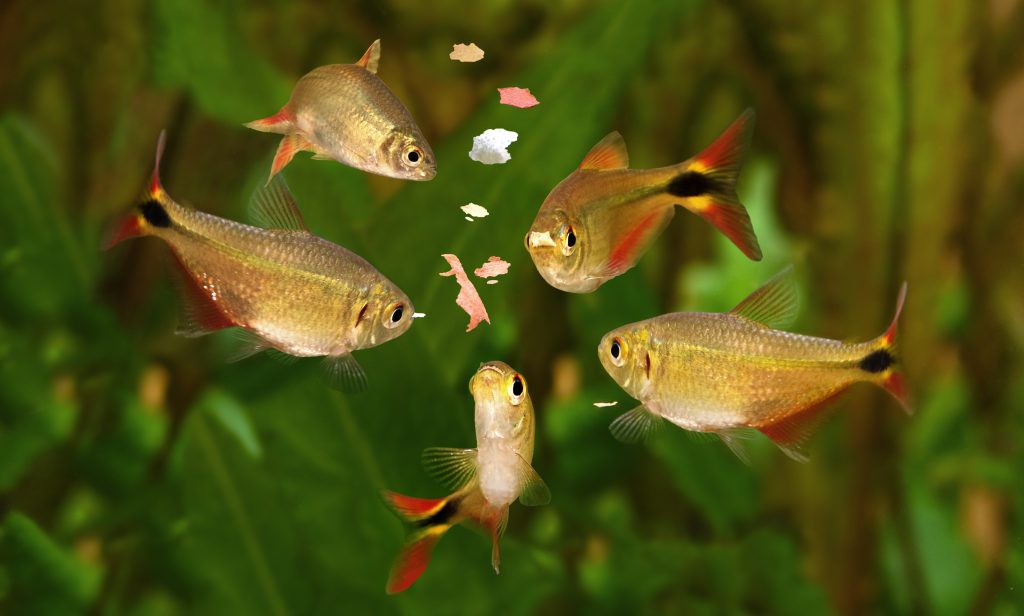 The benefits of freeze-dried fish food is that it is easy to use and has a longer shelf life than some other options. The livestock tend to enjoy it as well, depending on the breed. The downside is that the nutritional value is lower than that of live or frozen food.

Bloodworms, shrimp, anchovies, daphnia, and plankton are among freeze-dried options.

Frozen fish food is perhaps the most popular option among hobbyists. The animals enjoy it, and it maintains most of its nutritional value. It can also generally keep in the freezer for approximately six months.

The downside is that some have preservatives, so they may need to be rinsed before they are given to the fish; otherwise, you would be introducing these contaminants to the ecosystem.  There is some controversy here as well: some hobbyists say frozen fish food leads to higher waste and nitrate levels, while others say they see the opposite results.

Another downside is that frozen fish food isn’t as readily available as freeze-dried food, flakes, or pellets. You will need to go to a pet supply store or order it from your aquarium maintenance technician.

However, there is some controversy regarding how healthy they actually are for the animals in the tank, especially considering that the live food itself may have bacteria.

If that’s your preference and what’s most ideal for the animals in your fish tank, some commonly used types of live fish food include:

Spirulina, which is basically algae or seaweed, provides tremendous nutritional value, although it’s not as satisfying to the livestock. It’s more like a healthy side of broccoli to complement a steak. Spirulina is known to have antibiotic properties, enhance pigmentation, and assist in healthy growth. It’s available in powder form or as flakes or pellets.

Every now and then as a treat, you can add a leaf of lettuce to the tank, which also may be effective in ridding the tank of nuisance snails. A slice of cucumber or zucchini will bring joy to the tank as well.

If you add such items to the tank occasionally, it’s critical that you clean these fruits or vegetables with RODI water first in order to get rid of the pesticides, dirt, and other harmful contaminants. For leafy vegetables, dip them into the water and gently rub them to clean them. Allow the leafy vegetable to dry before placing it in the tank. 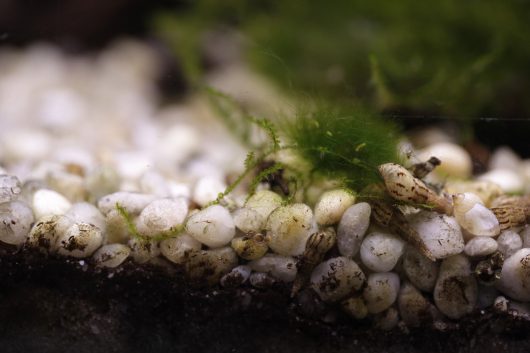 One more thing we want to stress is how important it is to feed your fish only the adequate amount of food. While it’s important to feed fish on a schedule to ensure they don’t become hostile or sick, it’s also critical that you don’t feed them too much. Giving fish too much food means more waste in the tank. When you have too much waste in the aquarium, the manmade and natural filters won’t keep up, and a dirty tank can sicken fish.

Determining the best types of fish food for your aquarium can be complicated, but we’re here to help. We can help identify the most ideal foods and treats for your fish tank, as well as suggest an appropriate feeding schedule.