Here’s one you may have never heard of before and most likely never saw in real life. And even if you did you might not have known it. It swims like a fish and acts like a fish under water, but you’d mistake it for something that was once on a tree high in the sky. It’s called a leaf fish, and it’s one of the most peculiar-looking fish around.

Curious? Here are a few facts about the wondrous leaf fish. 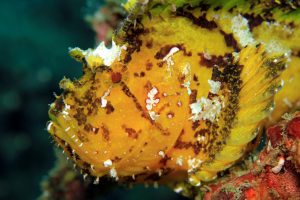 Leaf fish, or leaffish, have the ability to camouflage themselves into their environment.

See our blog page for facts about other freshwater and saltwater fish, and contact us at Seatech Aquariums if you’re interested in starting an aquarium in your home.